The banking industry is in a state of change. The old and proved distribution model of banking is challenged by digital distribution of banking services and products. We are now moving quite rapidly towards a different model of distribution, by getting rid of or at least, diminishing the presence of banking as a physical and interactive event.

Everywhere I go, bankers feverishly ask themselves what will happen to the physical branch, will the traditional distribution channel be completely dissolved and as a result, will all banking be digital and perhaps solely done in ones handheld device?

Exactly how far can this new way of distributing banking services take us?

Before entering the world of hyper-connectivity and digitalisation, banks basically consisted of its branches and headquarter. In a perfect world, every branch would have a geographical perimeter to operate within, and there were no ways to question that physical space with complementary distribution channels. It was a very clear line on a map. In that geographical are, each branch could develop relationships with businesses and individuals to grow with.

As a customer, whenever something happened, you talk to you branch manager and he or she would sort it out. Happy customer. End of story.

In the late 70:s and 80:s, digitalisation started primarily as a way of making existing internal processes more efficient. We’ve been on that route ever since – turning paper forms into bits.

Consumerization of technology changed all that. Now, the pressure of digitalisation also started coming from the outside.

Essentially, a pure play digital bank makes a lot of sense. If you exclude cash handling, banking is a truly digital business. There really is no need to make things physical and bound by geography. Clearly, a more cost efficient business model lures around the corner, if we just could get rid of physical meeting places, branches and personal services.

At the moment the digital bank is digitised version of a traditional bank. Most banks exist in a middle ground. Not exactly pure play digital, and not entirely digital either. We can assume that’s not really the end game for digital banking. The banks themselves have more to offer, and the uprising of new ventures promises an interesting future.

Basically, the digital vision that is being offered now is based on two promises:

We would see extreme efficiency on both sides. An abundance of choice would be on offer and the customer will act perfectly rational. With just the tap of a finger you would get multiple offers for a product. You would select the cheapest one and tap to finalize the deal.

The customer subsequently would select the cheapest service within every financial need that he or she might have, and you would aggregate these services in a common interface. On the other side of that, you’d have banks and brokers trying to compress costs to be able to win the customers business based on prize alone, perfectly happy to supply the commodity and the pipes.

The second promise is that banking will be done in a digital device and minimal personal interaction will be needed. Credit scoring and credit analysis will be done with algorithms and big data. Advice and counselling is purely digital and based on AI and smart interfaces.

The reality is that the aggregated services, promised by PSD II and XS2A- regulations and startups has a very high likelihood of becoming UX nightmares. Startups will offer aggregated services, but most likely so will traditional banks. Which one of these players will have the skill, resources and ability to create the best experience for the end customer?

At the end of the day, it comes down to that, managing and taking responsibility for the whole experience. Having the customers trust, creating comfort and letting them know that there is someone behind that interface is a huge part of that.

The truth is that no one is perfectly rational

All banks measure customer’s perception and satisfaction in surveys. Generally, banks rank lower than most businesses. There are outliers on company level, but as an industry, the reputation is a bit off.

There are many conclusions to draw from this. Obviously, recurring financial crises makes the general view of banks deteriorate. Some banks misbehave and need to ask shareholders and governments for funding.

But there’s also something else in this data. It seems that relationships and local presence increase the satisfaction that customers report. And in banking, as in most businesses, a happy customer is equal to good business.

I think that there is a huge oversight taking place in the group of digital visionaries and fintech companies. They underestimate the value that comes with trust, accountability and (human) personalisation. And they overestimate the rationality of consumers.

Where we stand right now, one of the biggest hurdles for digital adoption is the fact that you trust both a company, and the person you’re dealing with, and you take comfort in the fact that you can interact with them.

These things are not necessarily insurmountable, if you look at e-commerce and other digital phenomena that have been growing the last two decades, these insecurities and hesitations tend to get less significant over time. but for the time being, it is a big deal. As a customer – trusting an institution with your savings, your business and even to securely finance the home you live in, takes trust.

The question is if the emotional attachment that you feel towards your hard earned cash, can be nurtured by digital only services and how long that feeling will persist?

As a thought experiment, imagine getting an offer from a aggregation app to maximise the interest that you would get on your total savings. They would shuffle you funds to the account that gives you the best rate on any given day, all year round. Would you feel totally comfortable with that? What would it take for you to take that decision?

So, what will happen with the branches?

The question that really was the topic of these ramblings – what fate does banks hold for their branches?

We already exist in a physical-digital mashup environment. This is the way all organisations think about their distribution today.

Getting to this, companies, would in the early days move forcefully to become digital pure plays just to find it hard to sustain the extent of their customers needs. As they realised their mistake almost all tended to vacillate towards a position somewhere in between.

They key being to integrate the worlds, so that customers are met in a uniform and coherent way wherever they interact with the company. The “terme du-jour“ being omni-channel. And from what we can read up on today, the large companies, who fare best in digital, combines their digital presence and strengths with a physical one. For a really interesting read on this subject, read Darrell K. Rigby’s essay on Digital-physical Mashups.

In banking, branches and a physical presence is a large part of the trust layer. If all else fails, there is somewhere to go. It provides the opportunity to be not only local, but also personal. Where you actually do most of your business is another story.

So, lets speculate. What will happen to the physical branch as a way of distribution?

There will most likely be fewer of them, in total. That development has been going on for quite some time now.

As practicalities from the early days, such as bills, cash and other errands of a tangible nature wither away, they will have to, at least in part, find a new purpose and reason for being. What role will they play in a cash-less society? Who are they suppose to serve?

They will lean towards becoming a personal hub for customers, rather than a geographical spot. Meaning, the people who knows the local market can leverage that knowledge via multiple channels – not only the physically, geographically bound meeting.

How to deal with the present, the past and the future

As we’ve concluded – we are somewhere in a transition from old to new. Not analogue as before, but not quite fully digital either. How to move along then?

The most difficult question that almost all companies face in times of dramatic changes is how to sustain existing business at the same time as you nurture new business. I dare to say that the destiny of almost all failed companies lies in this problem.

The answer to how you address the question might differ between companies, depending on culture, history and business acumen. What you need to figure out is three things;

When you figured this out, it’s just the actual job of getting it done left. 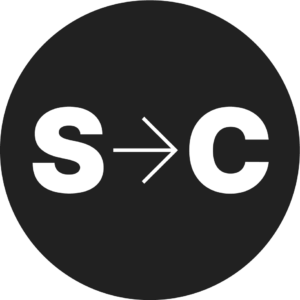