Famously, Jim Barker, co-founder of Netscape said, on his way out from an investor meeting, that there’s only two ways to make money – bundling and unbundling, as he hurried off to catch a plane to the next investor meeting.

At the time, he was replying to a question about the possibility that Microsoft could just bundle a browser into their product and kill Netscape. Later, as he was talking to his colleague Peter Currie he said to explain himself, that as far as I can tell, most people spend half their time adding, and other people spend half their time subtracting. So that’s what works out. 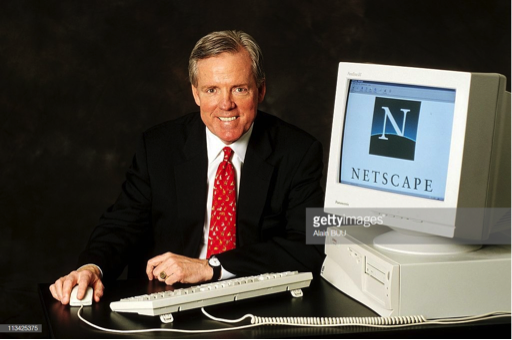 As Netscape made its way into computers around the world, the music industry went through a really tough decade. The piracy that was driven by web browsers, Napster and the ensuing MP3 revolution sent the industry into a whirlwind of bad news. For a decade or more the industry was going through a deep crisis that led to dramatic changes in distribution and business models.

From mid 90:s CD sales represented upwards of 80 percent of music revenues, only to fall below 20 percent 2016. 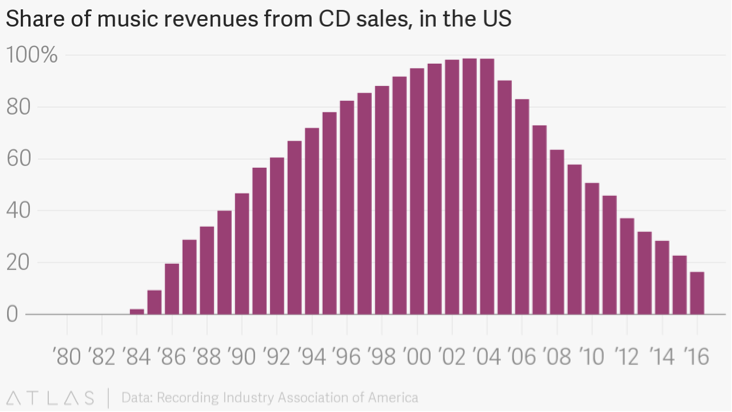 When we check in on the music industry in 2018 there’s a different story altogether. As a matter of fact, the total revenue of the music industry is larger than it was in 2012. Streaming and live performances has replaced the role of the physical CD as the main driver of revenue. 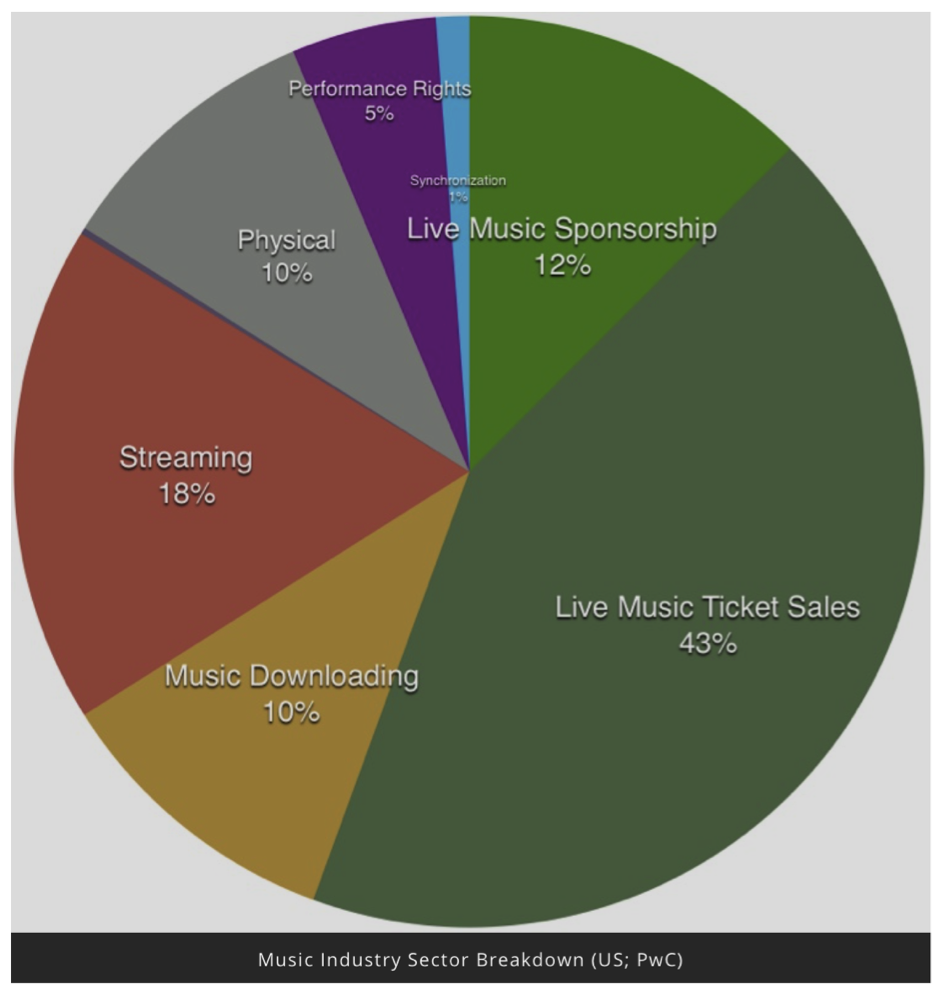 When we talk about digitalization, largely what we mean is that structures that previously enabled bundling of products, and gatekeeping of consumers, now have become disarmed. Which means that new actors founded with a digital business model effectively break up bundles and soft monopolies, cut of middlemen and blur value chains.

Essentially, the music industry went through a phase of unbundling its parts. The vinyl album and the CD was the ultimate bundle, and it was hugely successful. The content were scarce by definition and record companies were little more than a physical distribution chain.

As w all know by now this was broken into parts and unbundled by digitalization, MP3-ification, iTunes and distributed freely via iPod and later, the ultimate nail in the coffin – streaming.

The most current example of this fluctuation between bundling and unbundling is the vicarious relationship between telecom and media, where telecom now are bundling media as an integrated part of bandwidth sales. 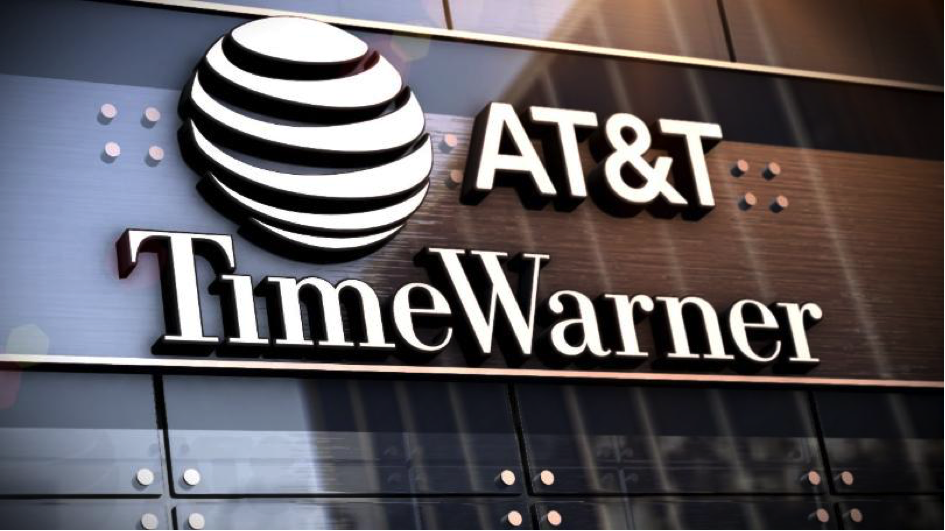 Since business is flock behavior, all large Telco’s in one way or the other is on this strategic path now and it’s probably challenging to explore alternative routes to future profitability. Essentially what they are doing is they seek margins and added value by buying large media outlets and force customers into bandwidth and media bundles.

The problem is that it can’t be made scarce, because, well the force of unbundling means that Disney, HBO and basically anyone can have direct relations with the end customer anyway. Which they will.

Unbundling – the end of the universal bank

So is it completely ridiculous to think that banks might face a similar challenge? Many banks that are universal banks (i.e. bundles) is being challenged by niche actors who are simpler, better and cheaper in their respective area. Preserving the bundle, finding new bundles or lock-ins and trying to extract value in the customer experience of the one-stop-shop are the chosen path for many.

Ultimately, user experience (i.e. the totality of service and experience and product) and customer preference will be deciding factors.

In banking, the simplicity and ease of use of the universal bank must be greater than the experience of creating your own bundle of cheap simple and efficient services, that is provided by new digital startups.

If we once again look to the music industry for guidance, how did digitalization play out?

As we saw, the music industry found a way to be prosperous again, shifting its focus from physical products to digital distribution and real life events, such as concerts. It put the burden back on the talent that literally had to get off their bottoms and start touring again. The scarcity principle resolved that live concerts were really valuable, because it’s limited by physical boundaries.

The winner in the distribution game today isn’t the ones who owned distribution back in the 90:s, where shipping CD:s was the business. It’s the aggregator – Spotify and Apple Music that contains everything yet they pay little to nothing for it, since they are the gatekeepers to the consumer now.

So how does the unbundling of the financial sector coming about? There are plenty of financial apps and services but few platforms, as in services that can tie together a multitude of various services into one comprehensible interface.

In the UK, Starling Bank might very well be on its way to do just this, and create a blueprint for digital banking in the intersection of new and old. It uses all the strengths of a digital platform and digital business model, yet solves for convenience and simplicity, which is one of the advantages of the universal bank. 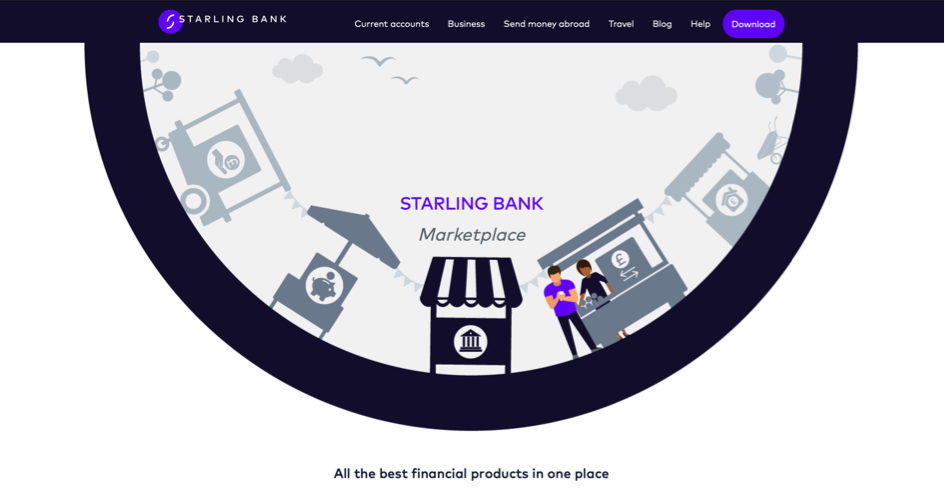 Anne Boden, CEO of Starling Bank, said: “Platform strategies have taken off in many other industries, with Airbnb, Uber and Apple becoming major players in the markets for accommodation, transport and music and yet owning no properties, vehicles or content themselves. As a new generation digital bank, Starling is now bringing the model to UK banking, enabling other businesses to build banking services on top of its own-label banking infrastructure.

Personal finance has been rather resilient in the process of unbundling. That can be due to a number of factors, such as low incentives and difficulty to change banks and scale advantages of large banks. However, inevitably, there is a new paradigm coming. We can argue about the speed, intensity and impact but everyone can reasonably understand it is coming.

It comes down to cost of running the business. The behemoths of banking run huge costs for IT and development, of which much is allocated to being compliant to regulatory requirements.

In the record industry the outcome for now has been rather benign, because they offset the costs of running the business (largely the distribution and production of albums) and found new revenue sources in streaming and live performances. The media industry, which is a blood bath, where Google and Facebook take literally all of the profits and most of the consumer spend of time, hasn’t been able to offset enough cost for editorial staff, printing, and haven’t really found a new source of revenue.

To really understand the shift of paradigms, you must wonder why the old paradigm came about, and what makes the new take hold. Why was the universal bank, as we know it even invented?

Of course, as we have learned from the above, the idea of the universal bank was a bundling of services, products and distribution. The container for it was the branch. That was a huge asset and strength in so many ways during the last century.

And as you examine banks, they have branches.

And just to be extremely clear – people in geographical places aren’t necessarily the problem with branches. It’s the cost of running network of geographical locations that you are obliged to supply with universal banking capabilities. You (alone) have to develop, host and distribute all financial services via a digital and physical distribution network that is a closed circuit. Most of the profitable services are dependent on physical and personal distribution, even though it adds little to zero value for the customer (who values speed and simplicity).

As costs run far and wide, there’s still no external developer that can develop something that creates value for the platform (adding to the bundle, being the universal bank), the developer and the customer simultaneously, unless something opens up. This means you take on all of the investments on your own balance sheet, with a diminishing return because of a high cost of distribution.

So, as customer preference mature, and become more used to the idea of digital storage, handling, and allocation of their money, the paradigm will sooner or later shift.

What is the new paradigm?

Banks still make healthy profits. Of course there are entrants but it is on the very fringes of a huge business. iZettle being picked up by PayPal, and profits taken by Klarna moving in to small businesses can be replaced with margins from somewhere else. Presumably. The threat of Amazon and Facebook are still ambiguous and nondescript. It’s feasible but not clear where that will go at this point.

But – the new paradigm is that what once was, will no longer be.

Closed circuits of development and service distribution, and walled gardens will not be. The new paradigm is open platforms and perhaps even personal, yet digitally distributed advice. It’s credit decision made digitally in seconds rather than manually and personally in days or weeks, because in the personal handling is not where the value lies (digital credit scoring versus manual is a different post). It’s AI and robots balancing your portfolio, and it is a person, digitally asking you if everything is to satisfaction.

People love personal connections, but that will sadly be supplied to less and less people. The ones who can supply it efficiently at low cost will prosper in the high end of the market. The majority of banking however, personal and for SME:s will be digitized, personal support, service and advice will be online. Still human – but not geographically or physically given.

They say that you are not a very good futurologist if you can’t time your predictions. I’m not at all in this game and it is not my ambition here. This can easily take five more years, maybe ten or more. Who knows? I don’t really care either. All I know is that it’s inevitable.

If you liked this, sign up here for more future posts..